“This building has clearly been desig­ned with a start-up mentality,” notes Sheung Yin, taking no effort in hiding his disappointment.

He is referring to the new home of the School of Arts, Design and Architecture ARTS, Väre, which opened this September smack dab in the middle of Otaniemi.

Sheung, who studies in the Visual Cultures, Curating and Contemporary Art Master’s Programme, was supposed to graduate in two years. Now it looks like his graduation is going to be postponed. He says the new locale is to blame, as it is not sufficient for artistic work.

ARTS was the last of Aalto’s schools to move to the central Otaniemi campus. For the past few years, the students of ARTS understood that their working spaces in Arabia were temporary. The effects of the relocation were still a surprise, and not a happy one. The students have voiced their displeasure in the department’s internal workshops, and for instance in the biggest Finnish newspaper Helsingin Sanomat. Some examples include being bothered by tourists who wander into the open spaces and take photographs, the big windows that have reduced the peace, and not having enough storage space.

The new space has also affected some of the curriculum. Sheung talks about a course that was previously about building an exhibition. Now it is held as a seminar, since there was no suitable space for building up the pieces. A classmate of his works with a pinhole camera and would need a room for experimenting in peace.

“At Arabia she had her space where she could spend a month on going through trial and error,” Sheung described. Even though there’s a lot of talk about the issues, a lot of students are happy with the relocation. Especially new students are enchanted with the new spacious venues. In Arabia building the students were affected by indoor air pollution, and travelling between two campuses posed its own challenge. Organising events was also difficult. Spreading information in both Otaniemi and Arabia was hard, and the location was always inconvenient for students of the other campus.

The relocation to Otaniemi was a gradual one. As students trickled out of Arabia, the uninhabited space was taken over by those that remained. Some students grew accustomed to the exceptional amount of space. Before the relocation, the facilities of Arabia were allocated for different programmes, and some students had private studios that housed only a few people at a time.

In Väre, however, all the space is shared. There’s only a handful of private rooms where you can take a call, hold a short meeting, or meet up with a study councillor. Even the employees don’t have private working spaces.

“The teaching and learning spaces in Väre have been allocated by functions, not programmes. We’re more concerned with what is being done, rather than who is doing it,” the Vice Dean Saija Hollmén says regarding the design philosophy of Väre.

“We are saving quite a bit by working in shared spaces.”

For example, the fashion students have a space where they can find tools they might need. But other students can also use the space if they wish.

According to Hollmén, the reason for cooperative facilities is that ARTS now has a lot less space than Arabia used to have.

“We are saving quite a bit by working in shared spaces,” Hollmén justifies the size.

Aalto University’s funding has declined since 2011. When designing Väre, a conscious decision was made to save on space instead of personnel. Because of the cuts, all schools of Aalto have put effort into optimising the use of space.

“We were actually originally supposed to get a bigger venue. But as space planning experts we can surely make do with the smaller facilities,” Hollmén assures.

Open offices and shared working spaces are trendy in today’s work environments. But using them requires learning new ways of acting. So, Aalto ARTS has passed into its strategy the school’s need for New Ways of Working. According to Hollmén it means the readiness to share facilities between different programmes. What exactly is getting shared and how will be decided now, in cooperation with students, she says.

According to Sheung complete transparency, co-working and co-creation don’t quite fit artistic work, even if they are generally good things.

At Väre you need to reserve workspaces in advance – so you must know beforehand what you will be creating, and with what tools. This poses a problem for some students. For example, in the Visual Communication Design programme’s curriculum many students create big installations that require a lot of time and space. In shared spaces it takes a lot of time to take out and then put back the tools – which is paired with not having enough storage space.

Sheung also says that privacy is important. Making art is vulnerable, and personal. At Väre every creation process is open for any passer-by.

“Making art doesn’t need an open space, it needs a safe one.” The problems of Väre don’t affect all students in the same way. Some programmes have found the new venues more suitable. Aino Salonen, the chair of the Organisation of the Students of Visual Communication Design GRRR, is pleased with many aspects of Väre – yet shares the other students’ distress.

“For graphic design students co-working spaces work pretty well. Our work can be done on almost any computers in Väre. I’m more worried about the things I’ve heard from other students. The space doesn’t really work for fashion students or anyone who creates big works of art,” she says.

According to Salonen, the relocation has also not been planned well enough. Students have arrived to spaces that were still under construction. Not all tools were working yet, printers weren’t connected, and even putting up signs was a work in progress. Salonen feels that the management hasn’t taken enough responsibility in specifying allocation principles.

“All the responsibility for the spaces and their allocation shouldn’t be put on the students’ shoulders. The department or school’s management should provide support. Now it feels like the students are supposed to come up with how the spaces should be used. At the same time we don’t even know if our feedback is being read,” Salonen says.

“Making art doesn’t need an open space, it needs a safe one.”

On top of these issues, Väre’s visual design has been subject to critique. At the old industrial Arabia facilities, you didn’t have to worry about spilling a little paint. But Väre feels very clinical, at least for now. Among other things the students have suggested that they should utilise the big white wall in Kipsari, the cafeteria maintained by ARTS students, to make the space feel cosier. There has been talks of painting the wall or putting up panels to paint on. So far, they’ve been out of luck getting permission.

“I myself have tried to set up a bulletin board, since we didn’t have one. I put up a poster, but it got taken down. I don’t know who this poster police is”, Hollmén laughs.

According to her, letting students claim the spaces has been the plan from the start – an art school should look like one. But these things take time. Hollmén says it is up to the order in which decisions are made.

Hollmén says Väre is not supposed to be ready yet. It has been designed by people who are not themselves engaged in education.

“The construction site doesn’t really tell you anything, and blueprints tell you even less. A lot can be planned in advance, but not everything. Only the final orientation will reveal the issues,” she says.

According to Hollmén, the process needs to be steered towards the needs of the students and the personnel.

There’s no way to add square meters to Väre, but other issues can be solved. The department’s management sits down once a week to go through the feedback left by students, and make decisions based on these comments. In these meetings the students are represented by Matti Jänkälä, the Chair of the Art and Design Students’ Association TOKYO.

In early October, at the time of writing this article, the management decided to make the space planning more student-oriented, tackling the issues of privacy and storage space. Hollmén says that the first time she heard about the tourists and their cameras was in Helsingin Sanomat.

“It’s important to ensure an uninterrupted workflow. The students make big artefacts that they should be able to store easily when they’re not being worked on. Getting furniture is of essence right now. Furniture provides more storage space, and open shelves can be fitted in front of the glass walls to provide some privacy.”

Solving these issues is urgent, because the studies of Sheung and many other students are under the threat of being delayed. The students have organised protests, and some have written open letters to ARTS management. In his own letter Sheung Yin describes the issues that have affected his, and demands that the university return to his one years’ tuition fee, 15 000 €, as reimbursement of delaying his studies – if the issues aren’t fixed soon.

Hollmén understands the students’ worries and frustration: they do not have all the time in the world.

“In a situation where it can be proved that the facilities were unsuitable for studies and therefore delayed the curriculum, we need to somehow meet the students halfway. We are looking at possibilities such as giving students more time to complete the curriculum,” she says.

The critique surrounding Väre is not only about tangible problems. It’s also about the change of ARTS’ identity. The clash between the new building and its surroundings are akin to many cities’ gentrification process.

Cities often develop spearheaded by artists. They take up spaces abandoned by others, such as old industrial areas. Their presence and their art make the spaces trendy and desirable again. They’re followed by businesspeople sniffing out opportunities, who then set up businesses in the area. Then come the tech companies that want to hook their brand up with the artists and the trendy spaces. Of course, the artists themselves are a nuisance to them, since their purchasing power is often low.

Little by little, the area ends up being ruined from the artists’ point of view. What’s left of artistic freedom is just brick walls and a hollow booming brand. The housing prices rise, and the artists must find a new space.

In the case of ARTS, the business didn’t follow them. They left the industrial space themselves.

It wasn’t just about the location or the aesthetics. A space sets its own boundaries to work and encourages certain behaviours. The spanking new and shared spaces encourage a different kind of art-making than the old industrial space. Many students fear that ARTS is moving towards a business-forward co-creation buzz.

Only time will tell how the artistic integrity will work with the startup world’s buzzwords. 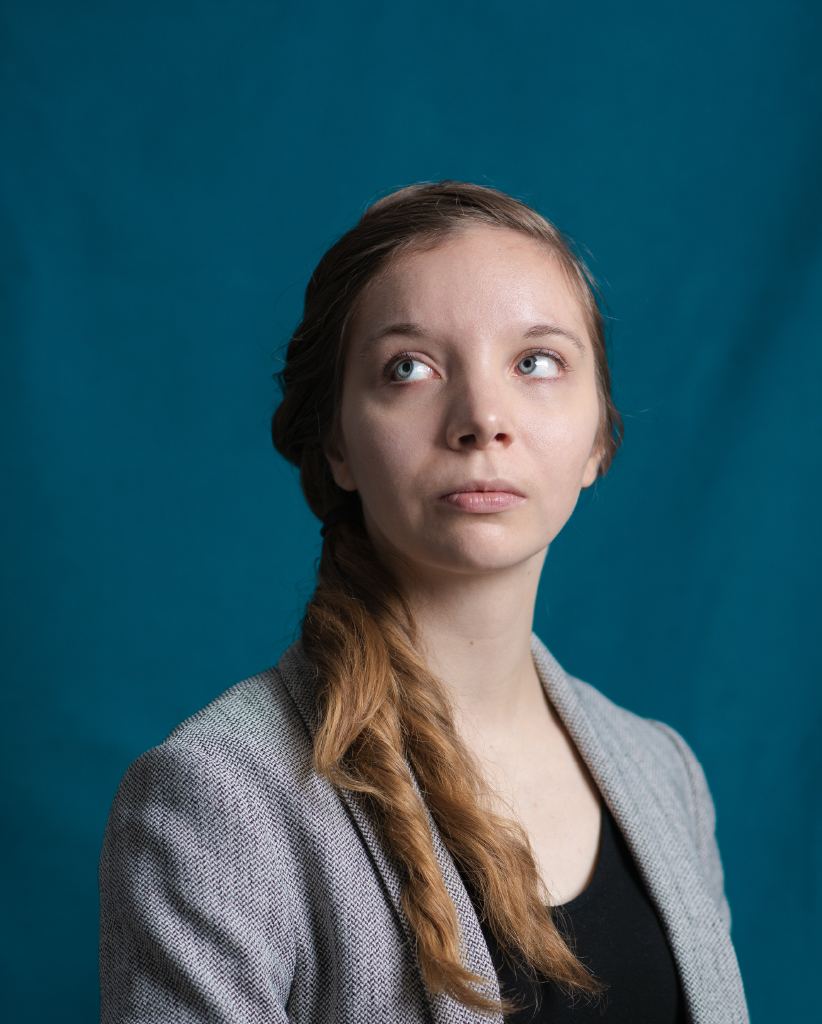 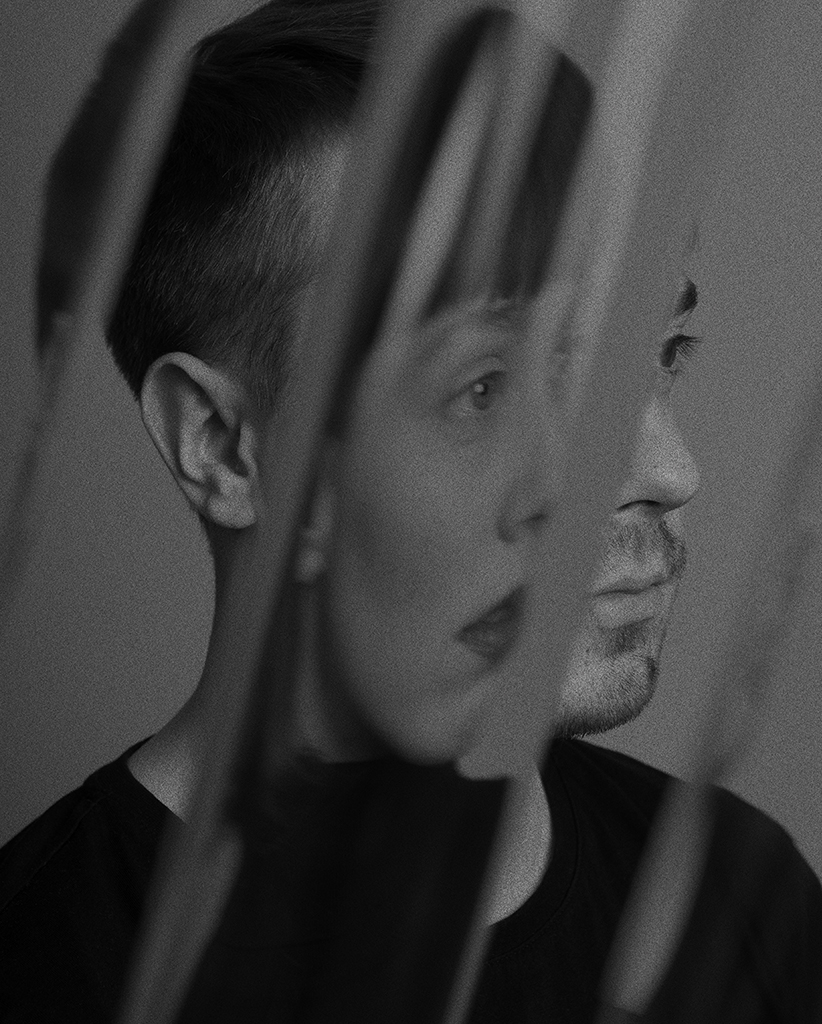