Sigmund Freud famously said that the founder of civilisation was the first person who hurled an insult instead of throwing a rock.

No matter how you feel about Freud, that is a profound piece of insight. Civilisation, and civilisational forces, all involve processes that reduce violence. As Professor Steven Pinker, a leading American linguist and science writer, has also demonstrated in his seminal meta-study of violence, the overall level of violence in our species has been on the decline – even if it doesn’t always feel that way.

The civilisational reduction in violence, however, does not mean the aggressive drive disappears. Instead, it changes form. To explain this, Freud postulated a mechanism of defense called “sublimation”. In chemistry, sublimation refers to the direct transformation of matter from solid into gas without first becoming liquid. This is pertinent to the way Freud defined sublimation as a psychological process: transformation of libido into socially useful activities like high culture or art.

An example can help clarify this.

We know that Beethoven created each of his three most prominent masterpieces after an instance of romantic failure. This was not a mere coincidence. After each heartbreak, instead of succumbing to despair or aggression, Beethoven took all the force of his anguish and directed it into creating music. In other words, he “sublimated” his despair into some of the most sublime pieces of music in human history.

He could have picked any number of destructive or self destructive methods of dealing with his pain, but he chose to sublimate it.

Sublimation is not just about art or high culture, however. Any creative job or activity involves sublimating libidinal and aggressive drives that abound in us profusely. Science and philosophy are the products of sublimation too. As yet another example, think of a master surgeon, performing his surgery with the intricacy of art. He may actually have the psychological makeup of a ruthless murderer. He has, however, sublimated his potentially destructive drive into a most noble activity in the service of society.

We can see why Freud suggests this mechanism as the bedrock of civilisation. In his own example, an “insult” is a sublimated form of “throwing a rock”. Speech, in other words, replaces a physical act of violence, and language becomes the domain of the forces of civilization.

A corollary of this assertion is that sustaining a civilized society requires a guarantee of free expression so that we can bring the constantly accumulating aggressive drives into the realm of expression and sublimate them into the service of society, or at least into something nonviolent. Accordingly, a denial of free of expression, whether brought about by state censorship or through self-imposed repression, leads to an increase in violence.

Think of the generation of Finnish men who came back from the war. Many of them decided never to speak of the horrors they had gone through, and some took refuge in alcohol. The trauma remained untreated and unspoken, reinforcing the characteristic  introversion of the Nordic mindset, ever deepening a culture of silence. This in turn created an inability in communication – something that might have affected the following generations as well.

Incidentally, this might be one reason Finland (and other Nordics, too) have a higher rate of domestic violence compared to the EU average despite a high level of gender equality. A handicap in communication. A handicap in expressing painful thoughts and emotions. A handicap in using speech properly – resulting in outbursts of violence.

Such handicap is consequential beyond family affairs, however. Suppressing “dangerous” words that might raise uncomfortable feelings leads, naturally, to avoiding confrontation and controversy in most social interaction.

We can call this, on a lighter note, the “Voldemort effect”: He, whose name shall not be uttered, symbolizing dangerous words that we shall never verbalize lest the fragile Finnish peace and quiet is perturbed!

Perhaps nowhere else can one observe this phenomenon more clearly than in recent remarks made by a Finnish rhetoric expert, Antti Mustakallio, on the issue of “hate speech” sparked by the migrant crisis. In a piece published on Yle Uutiset in January, his advice to the Finnish public was to “keep their mouth shut” if they felt the words about to drip out of their mouth might be hateful.

The irony is not lost here, of course. One would expect a rhetorician to encourage people to sublimate their contempt into language, not to tell them to shut up. However, there is another, more pernicious side to this story. Rhetoricians of this creed, the “experts” who tell people to shut up, generally function as the mouthpiece of totalitarianism (even if this does not directly apply to Mr. Mustakallio).

Needless to say, Finland is not a totalitarian state. Finland gave me political asylum years ago, graciously opening her arms, providing me with a sense of freedom and security I had never known before, and giving me an opportunity to start healing from my traumas. In time, I have come to love this country like my own, and I have grown fond of Finns as people of integrity and truthfulness. As such, I feel an obligation to voice my concern.

And I shall voice it fearlessly.

Granted, Finland is not a totalitarian state. Granted, Mr. Mustakallio, the rhetorician of silence, is not a mouthpiece of totalitarianism. Finland and her rhetoricians, however, suffer from the Voldemort effect, a collective phobia of expressing anything uncomfortable. Not only can this contribute to higher rates of domestic violence. It can actually steer the society into the direction of totalitarianism – via a simple process of Hegelian dialectic.

Lately we keep hearing of a rise in the occurrence of “hate crimes” against a certain minority group in Finland – unsavory social media statements targeting Islam and Muslims. In response to these hate crimes, the authorities have acted swiftly, prosecuting the “haters” and removing the said social media posts.

Thanks to the authorities’ swift reaction, the country is “safe” again. The perpetrators have been made to “shut up”. The Voldemort effect is preserved, and the society has been cleansed of “dangerous” words. Hopefully, there is no ensuing toxicity either.

Dear Finnish lawmakers! Hate speech does not beget hate. It only expresses the hate that already exists. Suppressing the hate speech, in contrast, reinforces the hatred, spreading it to places beyond your purview.

Suppressing the hate speech, and imposing a militant form of political correctness, is partly responsible for the emergence of the orange monkey who shall grab you by the pussy without apology!

Dear Finnish lawmakers! If you force some members of society to swallow the poison instead of spitting it out, the poison will spread to an ever larger part of society, resulting in an ever larger support for the only group that gives them a voice: the far Right!

If this pattern continues here and elsewhere in Europe, Europe’s little Trumps will grow stronger, challenging the very existence of the EU.

Dear Finnish lawmakers! Please do not give the far Right the opportunity to present themselves as the martyrs of free speech! Grant absolute freedom of expression to all, and let the public counter hate speech with reason! We can deal with speech, but we cannot deal with the consequences of suppressed speech.

The current migrant crisis is a “crisis” at all because it personifies the encounter of two different cultures. To manage the crisis with minimal harm, you must allow the clashing cultures to engage in discourse freely. You must allow an open and boundless conversation about Islam and Muslims to take place no matter who offends who. Denying this possibility means having to deal with an exacerbated situation later.

I plead with you to de-criminalize hate speech entirely. To paraphrase Freud, let insults be hurled so that stones won’t be thrown!

I plead with you to choose the way of sublimation and civilisation. Let Finland overcome her phobia of uncomfortable conversations.

I plead with you to protect absolute free speech above all else.

Writer Ali Sadeghi is doing a master’s degree in economics in Aalto University.

His previous education has been in economics and psychology. He is Iranian, and came to Finland as a political refugee in 2008. 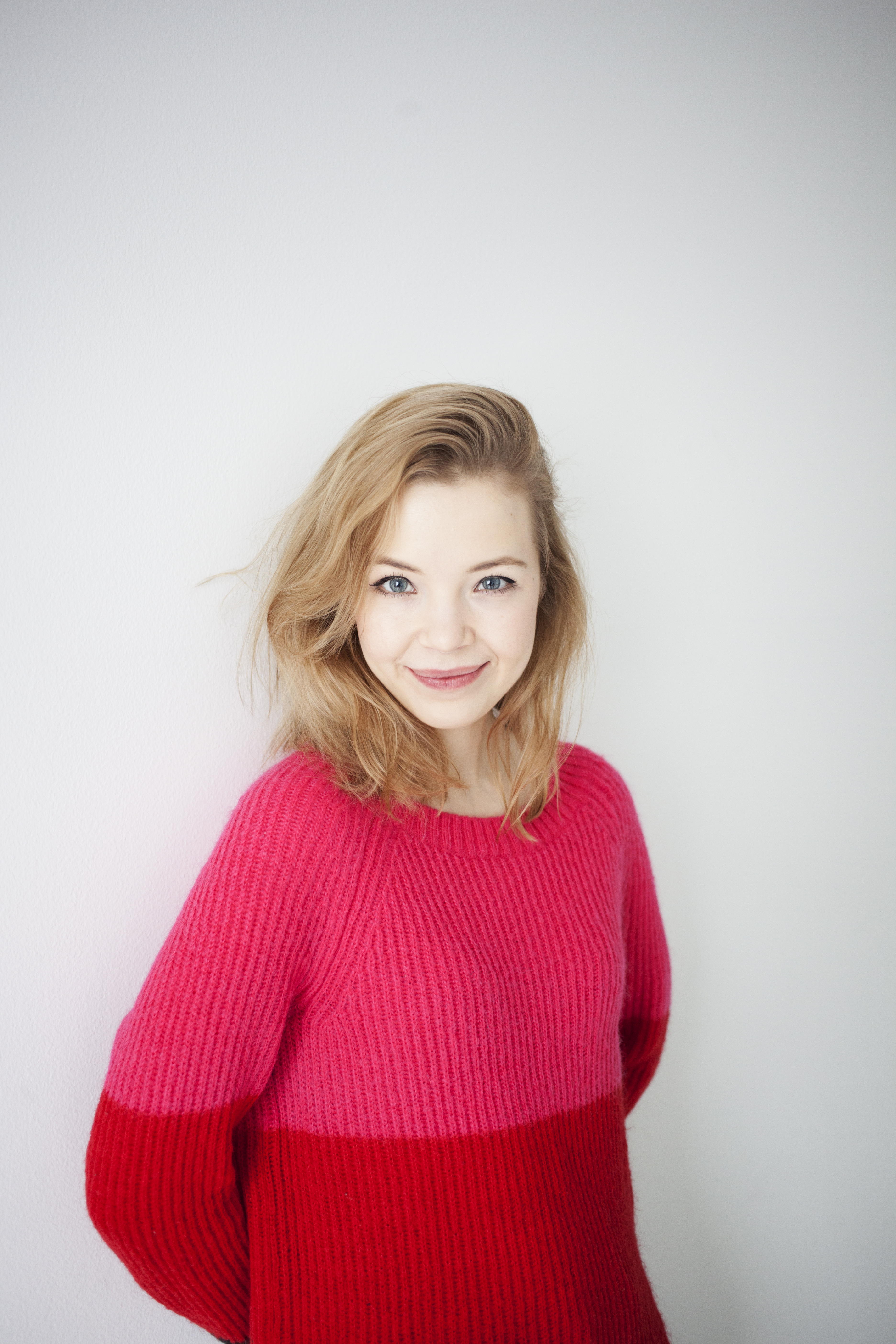 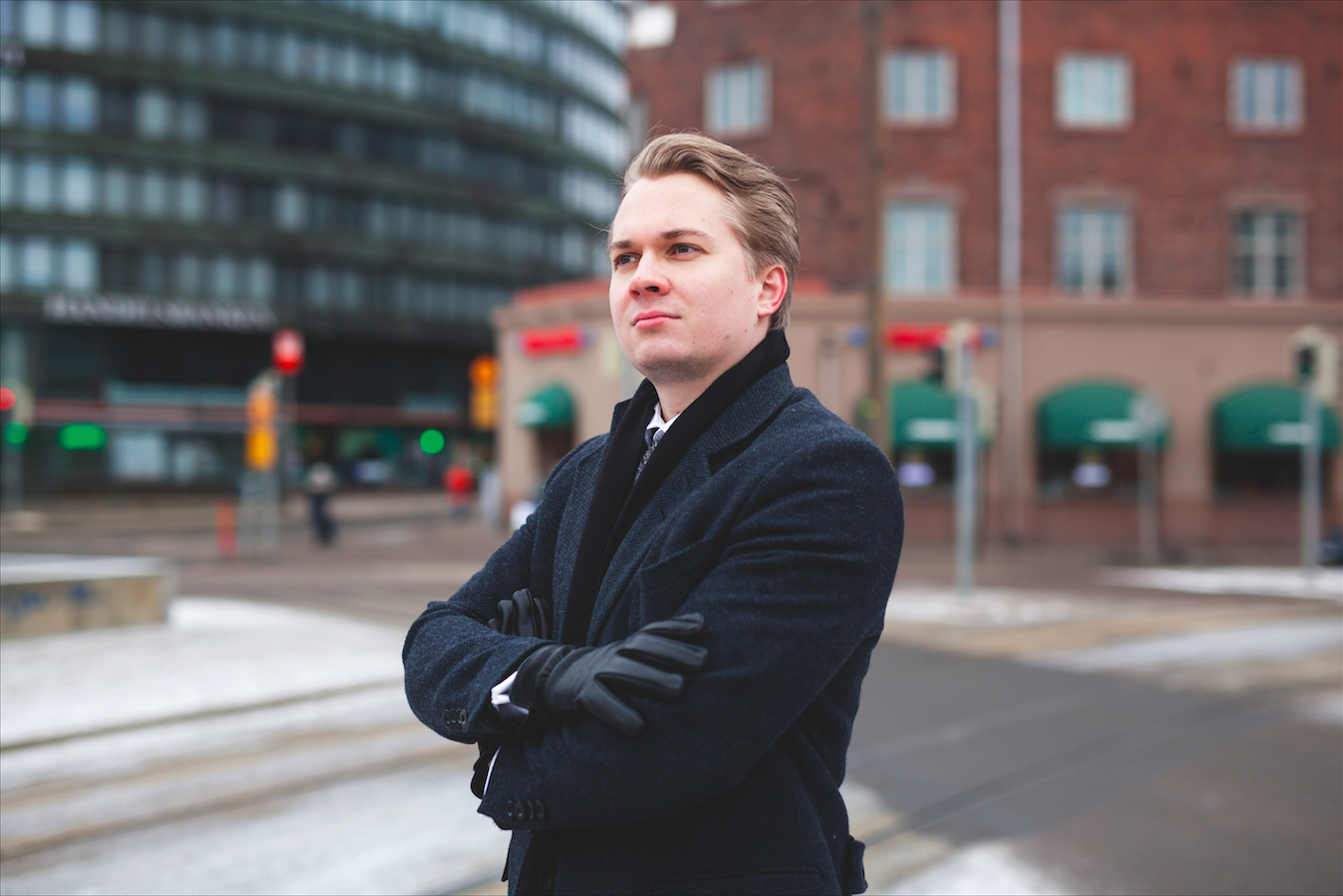