ON THE DAY of this interview, IRC-Galleria reports that Jari ”Jaffa” Jaanto is precisely 38,48 years old. His bio greets profile visitors with a capitalized ”HEY THERE”. His relationship status reads looking for company.

”I’m Jaffa from the Internet”, he says, just moments later in his home at Kamppi, Helsinki.

Jaffa has sat in front of the computer for the past 30 years, throughout all the twists and turns of his life. Growing up and making friends. One company’s rise and fall. Dreads that came about when he got stuck in front of the computer for a week. All in changing rooms illuminated by the monitor’s blue glow, first in Etelä-Haaga, and later on Eerikinkatu. His company IRC-Galleria’s acquisition went awry in 2007, yet Jaffa is a man, whose toughest experience was not losing millions of euros, but grade school. There began the origin story now overshadowed by the tale of the lost millions.

IN THE BEGINNING of the 1980s, Jari Jaanto was a young boy from Etelä-Haaga, fascinat-
ed by space, robots and Transformers cartoons. Before the turn of the decade, the novelty of trips to the moon had worn off and the Star Wars saga had begun.

”It was a time when everybody was certain about the Future being right around the corner”, he says.

When Jaffa was 8 years old, he learned programming on his friend’s and the school’s computers. In fourth grade, he received a prize for being active in IT class. Soon after, he got his first computer, a Commodore 64. The manual that came along with it led him deeper into the world of code. Line by line, Jaffa’s world began constructing anew.

Not everyone thought that technology was cool.

”I was into robots and space, while others were into football. I was more fragile and defenseless than others”, he says.

Jaffa was systematically bullied throughout grade school, which drove him deeper into the virtual world of computers. The Commodore 64, and later on the Internet with its anonymi-
ty and power to connect people with similar stories, were what saved Jaffa – even though his computer hobby was what the bullies had picked on in the first place.

”I was online virtually all the time.”

Behind other screens sat like-minded people.

”Data folk”, Jaffa describes.
Not nerds, but data folk. According to Jaffa, they shared an introverted personality, but were not socially awkward. At least they did not see themselves as such. They just liked to engage in long conversations about mutual interests, like computers. JAFFA HAS NOW lived in his 1-bedroom apartment on Eerikinkatu for 10 years. His walls are draped with dark shelves packed full of manuals, computer games and classics of business literature. On each shelf, there is a keyboard and a jumble of cords.

The 1-bedroom is Jaffa’s fort. Still, it only provides the physical frames for Jaffa’s life, which mainly takes place far off in cyberspace. Although he spends most of his time on the web, Jaffa says that he has lately gotten into interior decorating. A huge red-and-yellow cloth is holstered above the sofa, acting as a partition between the kitchen and living room. The textile looks like a sentimental souvenir from a distant land. It isn’t. The piece of fabric has been purchased from Indian Bazaar at the central railway station, simply because it fits the red-and-yellow color scheme of the living room.

When Jaffa moved into the apartment in the mid-2000s, he was a university drop-out computer genius approaching his thirties. Together with his friends, he was running IRC-Galleria, which had a turnover of six million euros. They had the ideas and enthusiasm, but were lacking the means to take their company to the next level. There were no tech hubs, startup saunas or anyone, really, to help Jaffa and company move forward. So far, Aalto University was only a glint in its father Yrjö Sotamaa’s eye.

Sulake, a Finnish video game company, made a buying offer on IRC-Galleria, and the rest is infamous history. IRC-Galleria’s company value was estimated to be worth 12.5 million euros, and the company was sold to Sulake in hopes of it breaking to the international market. There was talk about Sulake being listed on the stock exchange. Jaffa and his friends agreed to take the selling price of IRC-Galleria in shares of Sulake instead of money, even though the deal seemed sketchy.

”We were all inexperienced, and everything linked to selling our company was sort of foggy.”

It turned out that Sulake’s company valuation was ludicrous, on top of which Sulake never listed on the stock market. As their shares became worthless, the eight-figure fortune of Jaffa and his friends vanished. Soon after, Facebook conquered the world, taking as spoils the users that IRC-Galleria already had and those it had been after.

”We were all inexperienced, and everything linked to selling our company was sort of foggy.”

Jaffa maintains that he is not bitter. After the unfortunate events, he stayed to work for Sulake for a while, and has worked so much ever since that he has never had the time to mourn. It is hard to say whether he truly has not had time, or whether he has avoided facing the disappointment.

WHEREVER JAFFA GOES, he represents IRC-Galleria. Truthfully, he just wishes he could be ordinary Jaffa.

”When people ask me what I do for a living, I always answer ‘web stuff’. The entire setting changes, if I say I am the founder of IRC-Galleria”, he says.

Indeed. In a YouTube video, two squealing girls reminisce about their teenage years to Jaffa in an interview for social media gala SomeAwards 2013. At the start of our meeting, I myself notice I am opening up to him about my IRC-Galleria memories. A few weeks later, a mesmerized friend tells me about her encounter with the founder of IRC-Galleria.

People cannot help but share their memories of the social network to Jaffa, because it is a chance to indulge in a gush of nostalgia. IRC-Galleria is a reminder of phases that were riddled with questions like am I good enough for others, or even for myself? It is not that the desire to look back is hard to understand – together with his friends, Jaffa created a safe haven for an entire generation. It is just that he has heard the same stories hundreds of times.

”When I came to Aalto, I got to be just me for the first time in a long time, and I loved it.”

Jaffa is back to school now. At the turn of the millennium, before the dot-com bubble had burst, he was dragged to work.

”When celebrities started coming down to IRC-Galleria’s office, I dropped out from university”, he says.

14 years after first starting his studies, Jaffa finally finished his Bachelor’s Degree on Computer Science at the University of Helsinki. Studying made sense again, so Jaffa started looking into Aalto University.

”When I was browsing the courses, I felt like a kid in a candy store.”

Jaffa’s intonation rises for the first time during the interview. He is excited about Aalto and its community, and he seems to have full trust in the university’s mantra about multidisciplinarity and innovation.

Soon Jaffa will graduate as a graduate engineer and recite the Archimedean Oath. He proposes reading it out loud to us.

”An engineer shall practice for – ”, Jaanto begins.

He stops. The photographer and I are puzzled.

”I’m sorry, this just moves me so much. I can’t finish this”, he says.

The oath continues as follows – the good of the nature and mankind. In all his endeavors, he shall protect the life of plants, animals and man. He shall avoid dishonesty and discord, and strive to perfect his professional abilities. He shall not contribute to destructive purposes.

Why does it make you cry?

”It fully encapsulates what I want to do in this world. We are the humankind, a community, and we should look after each other.”

”THIS IS THE honorary freshman patch that you get when you collect double the points required for the student cap tassel”, Jaffa explains excitedly, as he dumps a pile of overall patches on the table.

”Just a second, I’ve got more somewhere over there”, he mumbles out and proceeds to rummage through his bookshelf.

Since he was left out in grade school, the team spirit student life revolves around resonates with him strongly. Jaffa turns on his computer and starts showing us results from surveys he has conducted among IRC-Galleria users about their relationships. What we see is heartbreaking.

”I used to think it was just me, but now I’ve found that, really, the whole society is sideways.”

The Internet is full of loneliness and sorrow, which Jaffa got to experience first-hand. After the disappointing company acquisition by Sulake, he sought therapy. Jaffa was seemingly doing well, but underneath the surface, feelings of insufficiency haunted him. Once the knots of his mind had detangled, he noticed how broken people were, many imprisoned in their minds.

”I used to think it was just me, but now I’ve found that, really, the whole society is sideways.”

For the past years, Jaffa has helped people who have had trouble with their relationships
to themselves or to others. In 2014, he co-founded Heimo – an online community that offers peer support for those suffering from loneliness or mental health issues. Earlier that year, he bought back IRC-Galleria with another original founder in hopes of making it a service that helps users in finding a group of friends. Jaanto’s Facebook wall sports a diploma from September 2016 for completing Mental Health First Aid training. He has found his way to realise the Archimedean Oath.

”In the mind, the past is like photographs with a particular lighting. The direction the light shines from can be altered, and doing so also alters the experience.”

Therapy reshaped Jaffa’s memories of a hellish grade school. Now he wants others to realise how much even a broken mind is capable of.

NOWADAYS JAANTO has 2,125 Facebook friends, 566 IRC-Galleria friends and 500+ connections on LinkedIn, just like anyone who has made a name for themselves in the business world. In addition to soon finishing his Master’s in Media Technology, Jaffa is working on a degree in Marketing at the School of Business. The dreads have stayed and grown to almost a meter and a half in length.

A few weeks after the interview, I browse through Jaffa’s IRC-Galleria profile and notice something surprising. On the left sidebar, under Last logged in, reads Last seen 4 days ago.

I send a message to his inbox, but do not hear a reply for days. Perhaps Jaffa is out in a bar, studying or on a date. Unlike before, a moment offline. 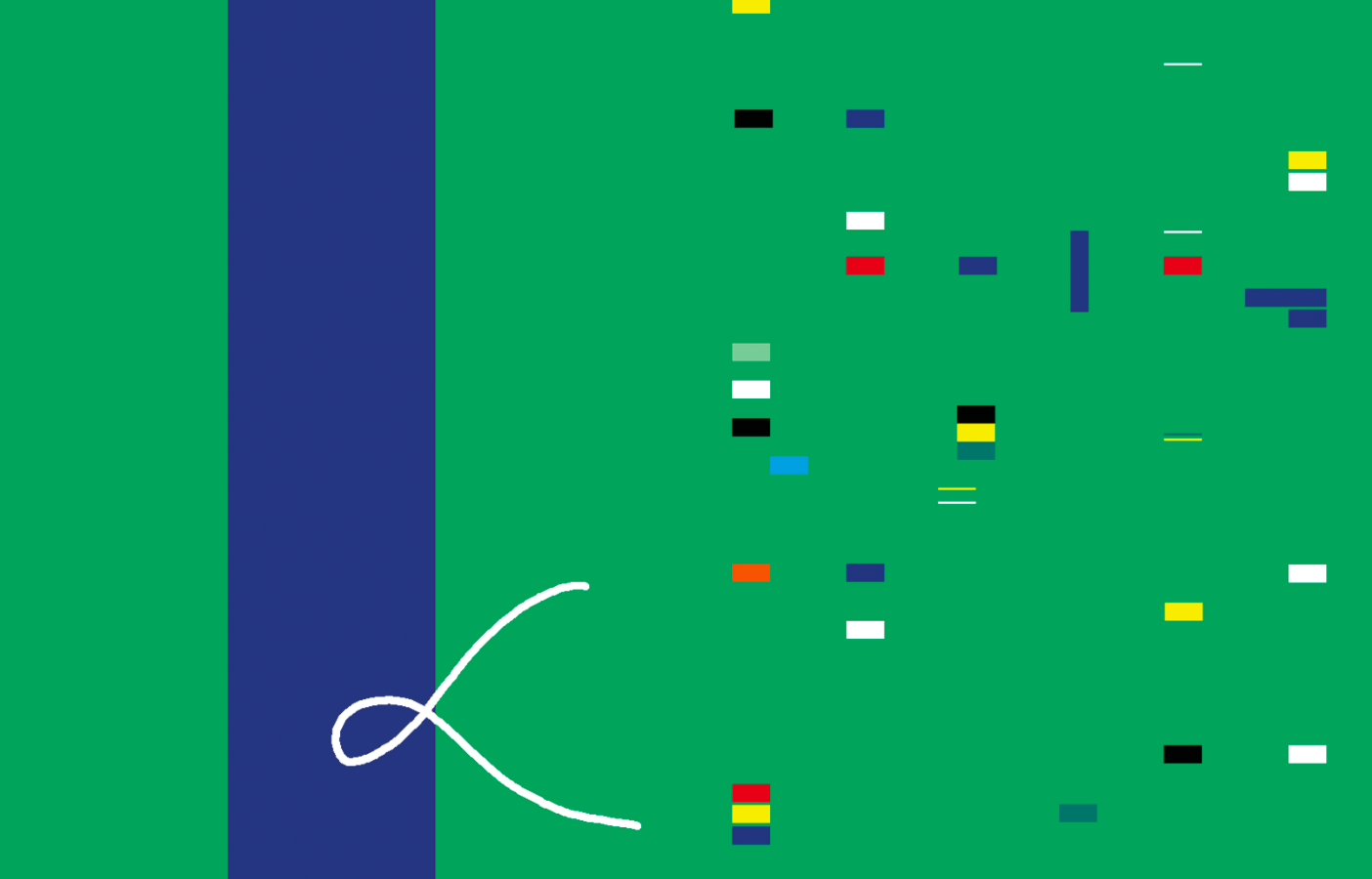