Every conversation I have with the film producer Mark Lwoff leaves me flabbergasted.

When I get him on the phone for the first time, Lwoff sounds sceptical.

”Soon I’ll even have to show you my wardrobe, won’t I?” he scoffs.

During the short but heated phone call we manage to cover topics like my field of study. When I apologise half-heartedly that yeah, it’s me the capitalist pig calling he exclaims: ”If anyone, it’s the communists that were the biggest capitalists!”

Lwoff barely has time to breathe during our three-minute call – he talks so much, so fast, straying left and right. The call ends, and the room falls silent. I text him afterwards.

Did I get it right that you’re willing to do the interview?

Hey, maybe let’s call on Monday, see if we can fit it into the schedule. Probably okay, maybe. M.

On Monday he calls and suggests on Tuesday we drive to Järvenpää, a town some 40 kilometres outside Helsinki. I’m not sure why. The ride to Järvenpää leaves from the concentration of culture and cuisine, Teurastamo, which pleasantly translates to the Slaughterhouse. It’s nestled right beside the skyscrapers of Kalasatama, and that’s where Lwoff’s production company Bufo is situated. I find Lwoff himself in the back room of the office, just upstairs from a Chinese restaurant.

”We had a good idea that just got fucked over, but that’s just how it is,” he says after his phone call ends.

The main element of the office, that feels more like a living room, are various movie posters. Lwoff is a passionate collector of originals, which, as a matter of fact, was what originally sparked his passion for film. As an elementary schooler Lwoff wanted to get his hands on a Terminator 2 poster. He walked into the movie theatre on Kaisaniemenkatu, got the poster, and a place to work at during sixth-graders’ volunteer day.

The next few summers he spent cleaning the shelves of the movie theatre, until in 1992 he ended up assisting in a movie, Kaikki pelissä. He spent the first few years of his career in various roles in the movie business: as a runner, set trainee, assistant director and production manager. Around the turn of the century he began his studies in the movie production department of TaiK, the predecessor of Aalto ARTS.

Lwoff never finished his studies but it didn’t stop him from moving forward on his career.

In his 41 years of age Lwoff has worked with cult figures of Finnish cinema such as Aki Kaurismäki, Pirjo Honkasalo and Jörn Donner, and won a Jussi prize, the Finnish equivalent of an Oscar.

The production studio Bufo, owned partly by Lwoff, was founded ten years ago at his colleague Misha Jaari’s kitchen table. Lwoff, Jaari and Virtanen shared an idea of what kind of films and how films were supposed to be made. And especially who was supposed to make them.

The purpose of Bufo was to produce pure genre film that wouldn’t make compromises for the sake of attracting a larger audience. Nowadays Bufo is known especially as a company specialising in art house film – and as ”the one that had something to do with some restaurant.”

We head out towards Järvenpää. Soon after leaving Teurastamo the reason for this trip becomes clear. We’re supposed to visit a movie set that was set up a few days ago. It’s used for filming Ihmisen osa, based on Kari Hotakainen’s novel, that Lwoff’s company Bufo is producing.

He wants to visit the shooting, because it’s gratifying to see something actually come to life after a long while of pushing papers. That’s what working in the movie industry is about, after all: it’s a test of resilience on the constant verge of a financial catastrophe.

”It takes two years to come up with an idea and shape it into something presentable. And then the investors say hey, we’re not doing this. That’s two years down the drain.”

That’s why production companies constantly have several projects in different stages on their hands: drafts, scripts and pitched ideas. Lwoff himself has just been to Canada, Sweden, Denmark and Netherlands looking for investors and staff for projects that still only exist on paper.

I suggest I stay quiet for a while, so Lwoff can concentrate on driving. He reckons I could be quiet for even longer.

”Statistically you need to have eight projects ready for shooting for just one to see the light of day.”

In Finland film production is made possible by a support system machinated by Suomen elokuvasäätiö, the Finnish Film Foundation. The funding is scarce, and according to movie makers there’s always too little of it.

Despite this, the new adaptation of Tuntematon sotilas, The Unknown Soldier, that premiered in October, has been feasting on the biggest production budget in Finnish film history. The film has gathered funds from foundations, companies and private persons. This has pissed off a lot people, and the necessity of another remake has been questioned many times. The money was surely more needed on small productions, right?

”The way I see it is that the best thing always gets rewarded. So if we get the short straw, I think it’s ‘cause the other stuff was just better.”

We get lost. I suggest I stay quiet for a while, so Lwoff can concentrate on driving. He reckons I could be quiet for even longer.

Järvenpää is obscured by a drizzle that constantly changes direction, leaving my umbrella pretty much useless. Passers-by stare at Lwoff who towers at almost two meters tall making his way through the city.

Vans are parked in front of a flea market Euroset. Bright lights illuminate the yard where the actor Hannu-Pekka Björkman is strolling. The area is packed with film staff, clad in quilted vests and quivering in the cold, fine rain. They’re serving juice and carrot sticks.

”In this industry it’s important to be motivated by a job well done. Not by excitement over getting to drink at someone else’s expense in two weeks,” Lwoff says.

The glamour around the movie industry is also crumbling because of allegations of sexual harassment. Due to the #MeToo campaign that went viral around the world, cases of harassment and abuse have also arisen within the Finnish film industry. The names of some well-known directors and producers keep coming up in stories of harassment. Next to this issue, the conversation concerning The Unknown Soldier feels insignificant.

”Let’s spill some blood then, if we have to.”

Lwoff says he hopes that Bufo is a nice working environment for everyone. According to him, everyone is treated the same regardless of age, gender and sexual orientation. Nonetheless, it’s clear that the man producing Kaurismäki’s movies knows everyone in the industry – most likely some of those too who have perpretated in harrasment.

”Let’s spill some blood then, if we have to,” he says.

I’m not sure what kind of reaction I’m expecting out of him when I bring up the subject. Does he think I’m accusing him of being tied to the harassment cases?

”There’s zero tolerance for that kinda stuff. If it occurred that we’re working with someone like that, I think they should be kicked out immediately. Do we have someone like that? I don’t think so.”

According to Lwoff, working in the movie industry has never been glamorous, but now it’s bleaker still.

”I always take precautions and say I work at the B-side Bar, just in case someone’d wanna beat me up because I work in the film industry and therefore I’m obviously a pig.” In a few weeks I’m at Teurastamo again.

”Oh no, you’re here again?” Lwoff says and rolls his eyes as I come pick him up at the office.

Lwoff has just returned from Amsterdam, and even though he’s called himself an incoherent pitcher, him, Paula Noronen and director Akseli Tuomivaara have just landed a 20 thousand euro developing sponsorship for a childrens’ movie, Tagli and Telle. Failure, failure, failure, success.

We go to the bar downstairs. For the shoot Lwoff orders a Dry Martini, his favourite. Regretfully Lwoff hasn’t drunk in three days and has now started a liquid diet, so he can’t even eat the olives in the drink. A liquid diet feels corny, considering Lwoff is a co-owner of the B-Smokery grill restaurant.

There were more people at that event than there were at the opening weekend of Bufo’s last film.

In 2014 there was a free moment between productions which, according to Lwoff, felt ”a little boring”. Lwoff, Jaari, Virtanen, Mark’s old friend from childhood ”lawyer Antti” and sound designer Karri Niinivaara rented a smoker, bought 200 kilos of meat and grilled some 700 portions during the Restaurant Day in Hernesaari. According to a big shot from the Finnish Film Foundation, there were more people at that event than there were at the opening weekend of Bufo’s last film.

”That wasn’t nicely said, but right they were. Whatever, at least we had a few weeks of hype over succeeding in something.”

Around the same time Teurastamo organized a competition to find entrepreneurs whom rent their facilities out to. Bufonians were calloused application-writers and used to handling large amounts of money during productions.

”Then we got the contract – and that’s when we were really screwed.”

They rolled up their sleeves and worked the kitchen and floor themselves for the first few months. Lwoff admits it was ”pure hell”. As it turned out, cooking for yourself and cooking for 40 arduous people having a pre-Christmas party and expecting gourmet were totally different things.

”We realised we should probably hire some professionals to do that job, after some people gently nudged us into that direction.”

Lwoff lets me know between the lines that they started the whole thing half-jokingly, and turned out on top by pure accident. He denies that it was their intention to set B-Smokery up to support Bufo, which was struggling financially at that time.

Setting up a restaurant sounds insane, right? The movie industry is only matched in volatility by the restaurant business that has sky-high fixed costs. In 2015 the gang set up a B-side Bar alongside the restaurant. Scriptwriter Virtanen is the CEO of both the restaurant and the bar. According to him running them is a hobby for the crew.

”Some people play golf, others run a bar.”

You get paid if you do something like washing the dishes. So Bufo isn’t being buffered by the humble revenue created by the bar and the restaurant. The purpose of both can be fulfilled if you can dine at your own restaurant and have a beer at your own bar.

Lwoff reveals that next Bufo is going to try to produce movies that are financially less risky. Like Ihmisen osa, which probably will speak to a larger audience than some of the movies Bufo has produced in the past. Yet he’s accentuated that you can only commit to film production if you believe in it a 100%. So what is he getting at?

”This is an expensive hobby to have.”

Then he takes a step back in his words.

When these two things meet, it’s hard for Lwoff to say no. Even if there’s no guarantee of full audiences 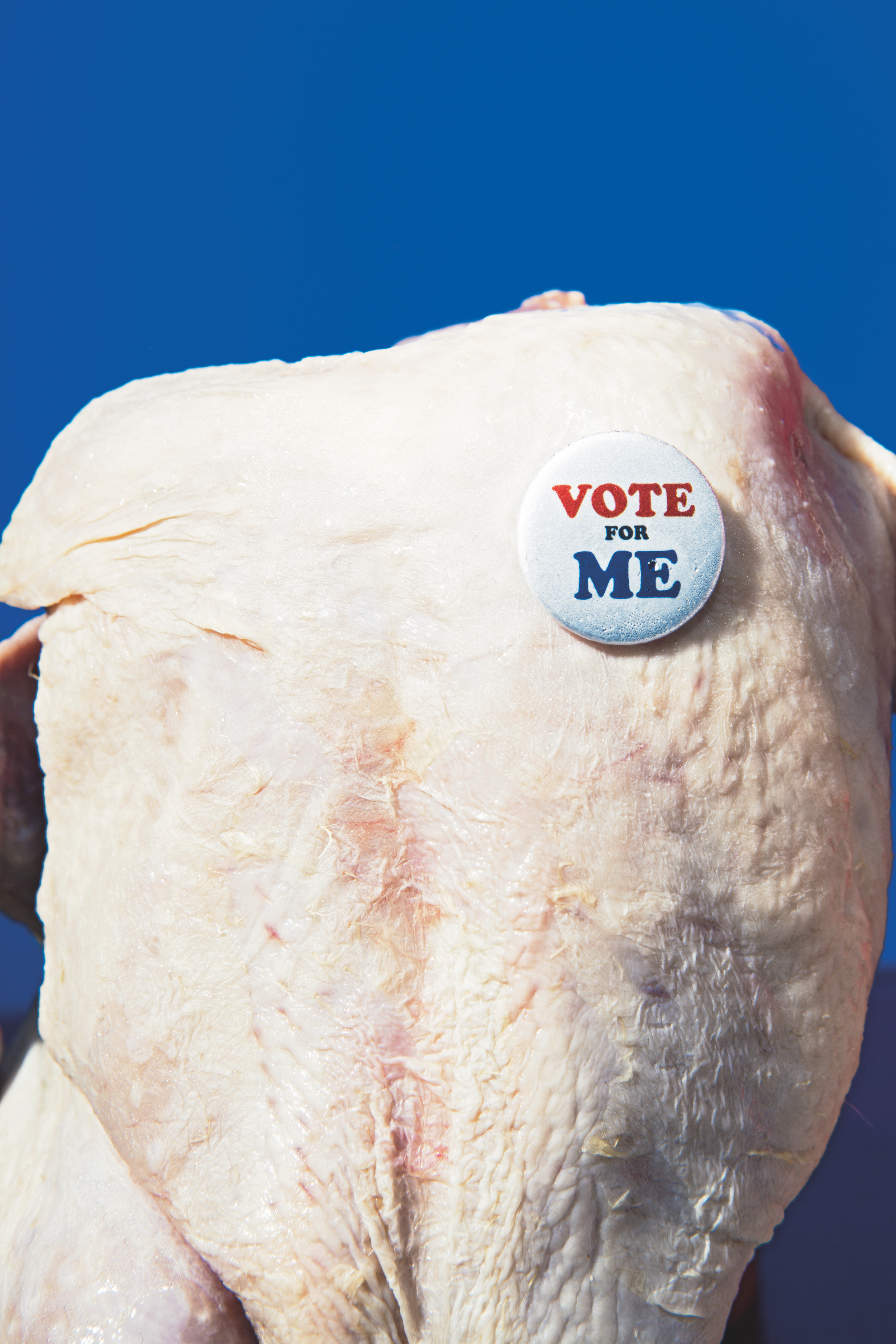 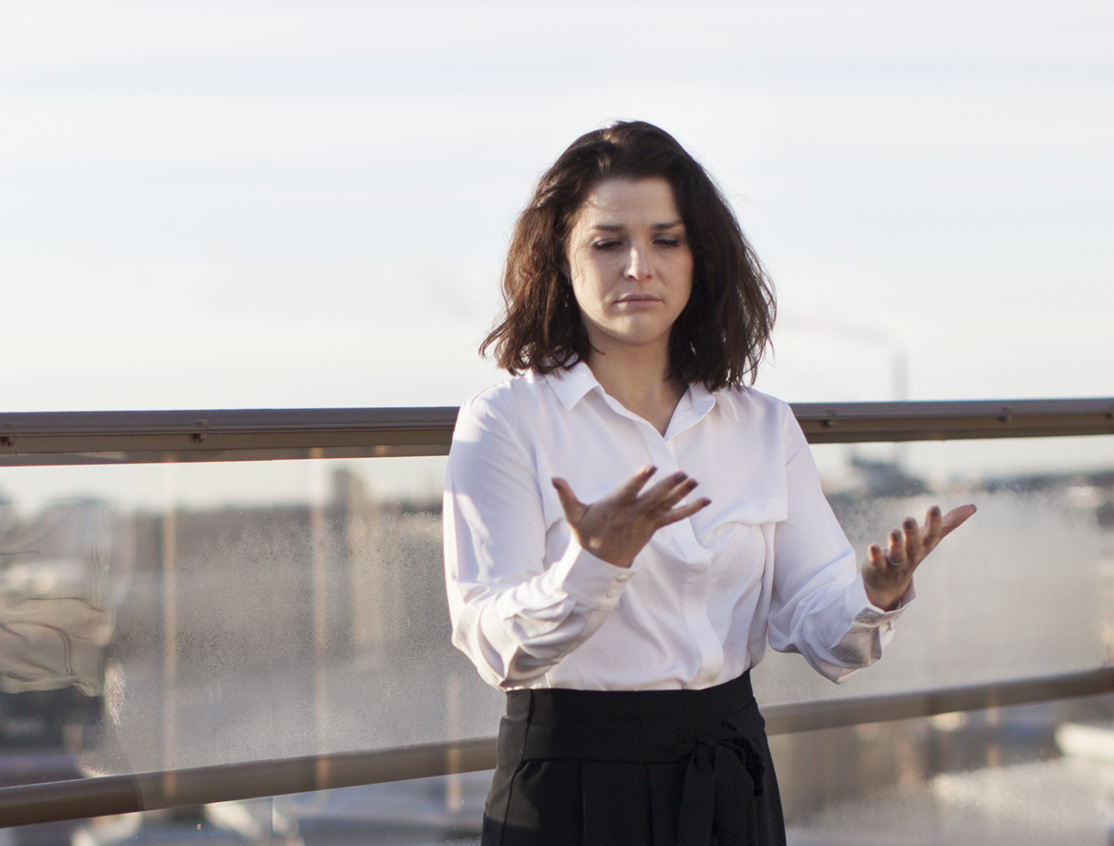 The Weight on My Shoulders